The road not taken

Two roads diverged in a yellow wood,
And sorry I could not travel both
and be one traveler, long I stood
And looked down one as far as I could

Then took the other, as just as fair,
And having perhaps the better claim,
Because it was grassy and wanted wear,
Though as for the passing there
Had worn them really about the same,
And both that morning equally lay
In leaves no step had trodden black.
Oh, I kept the first for another day!
Yet knowing how way leads on to way,
I doubted if I should ever come back.

I shall be telling this with a sigh
Somewhere ages and ages hence:
Two roads diverged in a wood, and I–
I took the one less traveled by,
and that has made all the difference. 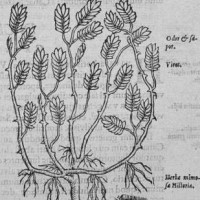 Potrebbe darsi che io abbia preso, consapevolmente o no, una vostra foto. Rimango a disposizione di chiunque per regolare i rapporti sul materiale fotografico.
For this blog I use duly authorized material only. However, should you find any image, drawing or photograph, used incorrectly or without permission, please give me immediate notice. I apologize for any inconvenience and I'll be glad to regulate relations on the above material or remove it.
tiritere72663953.wordpress.com/